The Refashioners 2017: Suits You

The Refashioners 2017: Suits You The Refashioners 2017 project was focused around the refashioning of an unloved or unworn suit. To learn more about the full challenge and to see some of the other work that sewing bloggers have created around this year’s theme you can visit Portia’s site Makery.

If you missed it, there is a separate blog post covering the full process of the Assembil #SuitsYou entry that goes into the nuts and bolts of the inspiration behind the design, and which talks more about the construction techniques used. But in the meantime, here is the finished entry…

As covered in the separate process post, the Assembil take on this refashion was to use the best attributes of the original garment, but tweak the design to create slightly off proportions. This style of garment cutting is often seen on the catwalk at the moment at Balenciaga and Vetement (with a hat tip to Comme des Garçons and Margiela), where the garment is cut in a way that forces and holds a spontaneous shape. As though you held your garments around your body with your hands in a way that you liked, but then decided to actually engineer the seams to hold the garment in that position.

The effect was achieved on this garment by slicing through the back waist, reshaping the bottom half of the garment to fit and then reshaping the voluminous top half of the jacket to fit the new narrower waistline. The sleeves were also altered to provide a shrunken counterpoint to the oversized shoulders. The main process here was all about marking the fabric clearly, stabilising the fabric carefully where it was opened up, and lots of basting. Pinking shears often came in handy for trimming the raw edges of the fabric during the process to prevent the fabric from unravelling and to keep the work looking neat. This was a great exercise in using what you have, as nothing extra was used for the refashion aside from a little extra seam tape and some thread. In the end, only the jacket was used from the suit, though some small pieces were stolen out of the trouser hems to create sewing test samples while working on the jacket. Any extra bulk that was cut out of the jacket has now been put aside in case it can be used to as test samples when the trousers get a refashion.

Overall, it was designed to be a very wearable piece and can be worn either open or close for different looks. Easy to layer in with overcoats, and with enough space around the waist to be comfortable to wear. The fun thing is that the exact same process and principles could also be applied to another suit jacket in future. This would also allow a chance to fine-tune the fit of the gathers at the back of the jacket when it hangs open which tend to bunch awkwardly at the sides – though in some ways this is one of the compromises of a garment that can be worn in multiple ways. 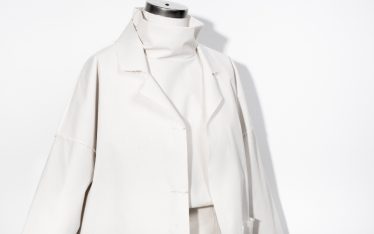 Mood Board No. 1 Fitting All Toiles
One of the advantages of sewing up toiles in calico or another plain fabric, is that it allows you to mix and match different garments together and see how they... 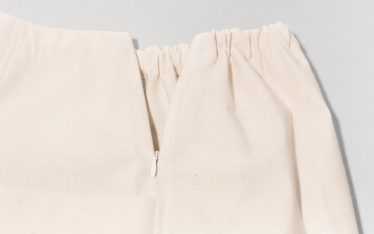 Toile No. 2: V8499 Trousers from Vogue Patterns
After all the pattern alterations that were made to Toile No. 1, in this post we'll look at how they all sewed up in a fresh toile. This post will... 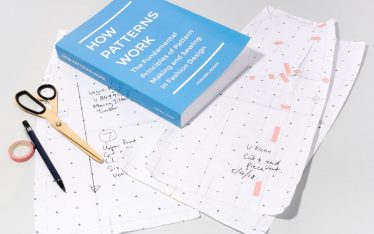